Discover reliable ways to detect ammonia leaks and take safety to the next level.

Ammonia (NH3) is widely used in a number of industries. Industrial grade ammonia is typically supplied either as Anhydrous Ammonia in tanks (in pressurized or refrigerated state) or in liquid form (mixed with water). As ammonia production is expected to grow, there should be an understanding of several risks associated with the use of this gas. Ammonia is a toxic gas and the proper safety monitoring procedures and equipment must always be in place to avoid serious accidental injury or death. Moreover, it is combustible at higher concentrations, which poses additional risks for large industrial users.

Discover the risks, challenges and solutions for your ammonia applications.

Ammonia is produced by reacting hydrogen with nitrogen over a catalyst. Main source of hydrogen is natural gas reforming. Electrolysis of water using green energy is an emerging alternative.

The majority of ammonia produced annually is consumed in the manufacture of fertilizers. In solid or liquid states, ammonia salts and solutions are the active components of most synthetic fertilizer.

Ammonia is used in various production processes, including rubber and leather, pulp and paper, pharmaceutical, and many others. Industrial grade ammonia is typically supplied either as anhydrous ammonia in tanks or in liquid form.

Ammonia is used as a refrigerant in cooling installations located in freezers, coolers, loading docks, production areas, machine rooms and air handling units. Ammonia is an alternative to halogenated refrigerants, as it is also safer for the environment, especially the ozone layer.

Large industrial plants present a congested array of complex equipment, such as tanks, pumps, pipelines, and valves. The size and dispersion of a gas leak is affected by the size of the leak, the gas pressure in the system, its density, ambient temperature, nearby air flow including wind, and other factors.

Ammonia is lighter than air, accumulating in upper areas of the site. It can also form clouds travelling with the wind beyond the plant if an accidental release occurs outdoors. However, if there is a water vapor in the gas mixture, then the cloud often remains lower to the ground and can then be a serious issue inside a plant for employees.

Reliable ammonia detection helps provide both personnel and facility safety but also product quality where it is used for production. The major concern with ammonia gas leaks relates to the effects on worker’s health and typical exposure symptoms will depend on concentration and time of exposure. The human nose may detect concentrations as low as 5 ppm; however, leaking ammonia can reach much higher concentrations:

Irritation to eyes, nose and throat (2 hours’ exposure). Later headaches, loss of the sense of smell, nausea, and vomiting

Tolerable by most people (30–60 minutes’ exposure)

Immediately irritating to eyes and throat

Rapidly fatal due to laryngeal swelling or pulmonary oedema, may also cause skin damage

Irritation to eyes, nose and throat (2 hours’ exposure). Later headaches, loss of the sense of smell, nausea, and vomiting

Tolerable by most people (30–60 minutes’ exposure)

Immediately irritating to eyes and throat

Rapidly fatal due to laryngeal swelling or pulmonary oedema, may also cause skin damage

There are recommended indicative occupational exposure limit values for Ammonia exposure which vary depending on the country.

Make sure you are aware what limit values applies for your location and check our Response Guide for more data. 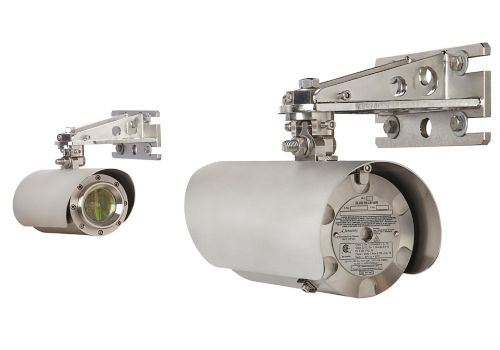 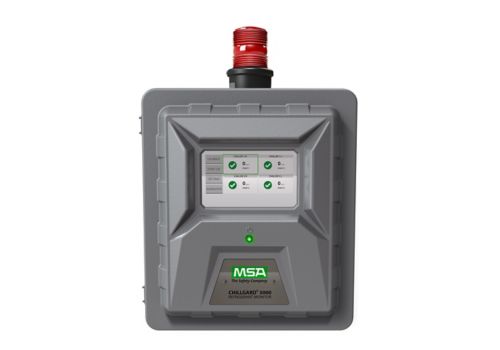 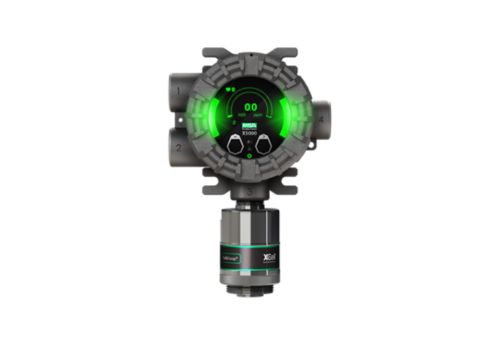 There are number of industries using ammonia for production processes. In rubber and leather Industries, ammonia is used for the stabilization of natural and synthetic latex to prevent premature coagulation.

Pulp and paper Industry uses ammonia for pulping wood and as a casein dispersant in the coating of paper.

Ammonia is also widely used in manufacturing of drugs, inhibiting the growth and multiplication of certain types of bacteria, in addition to various other uses in pharmaceutical manufacturing and as a neutralizing agent.

These applications involve manual and automated processes where personnel have to supervise and control the production. Reliable and very low level of ammonia detection is important for preserving the health and life of personnel.

The Senscient ELDS laser-based open path gas detector allows for reliable perimeter monitoring inside and outside these industrial plants for additional protection layer.

Designed for indoor and outdoor applications, PrimaX P Gas Transmitter measures toxic and combustible levels of ammonia. The flameproof transmitter is housed in a powder-coated aluminum enclosure that will protect it in extremely dangerous conditions. 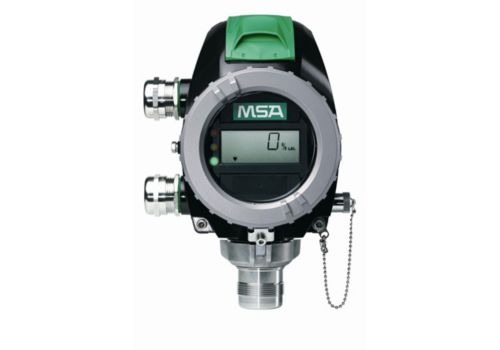 Ammonia is a widely used refrigerant in beverage and food processing. Typical areas where cooling installations are located include:

Fast changing temperatures and humidity levels in refrigeration systems can affect the ammonia level and also the lifetime of typical sensors. Other gases and odors in the plant may cause traditional electrochemical sensors to respond and can lead to unnecessary and costly false alarms. Therefore choice of appropriate and reliable technology immune to changing conditions is important and unique photoacoustic infrared sensor meets these requirements.

The ULTIMA® X5000 Gas Monitor employs diverse sensing technologies for point detection of both combustible and toxic levels of ammonia which are required in typical refrigeration applications. 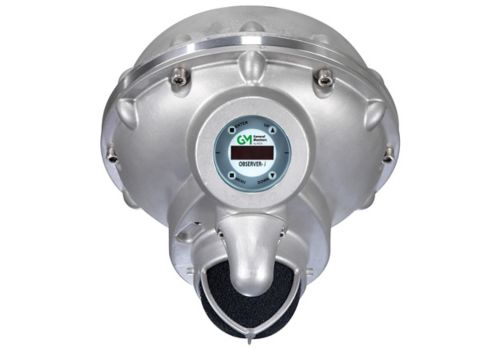 The transmitter detects toxic ammonia with traditional electrochemical sensing technology. Housed in an antistatic, reinforced nylon enclosure enabling fast installation and being suitable for both indoor and outdoor systems. 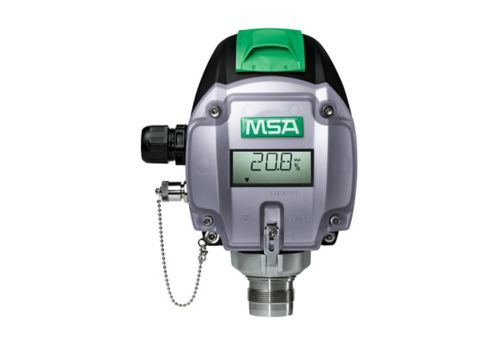 Most of the global production of ammonia is based on steam reforming of natural gas. During synthesis natural gas molecules are reduced to carbon and hydrogen. The hydrogen is reacted with nitrogen at a high pressure and temperature to produce ammonia. Additional source for obtaining hydrogen necessary for ammonia production comes from water electrolysis. The process splits water into hydrogen and oxygen by using electricity.

The processes involved in ammonia production require gasses to be under high pressure which possess the risk of gas leakage and hydrogen is one of them. Ultrasonic technology greatly supports, traditional catalytic bead gas detectors for detection of hydrogen resulting in faster leak detection. Additionally installed hydrogen flame detectors allow for identification of invisible fires and prevent consequential explosions.

Another risk is related to outdoor exposure to ammonia, from leaks and spills at production plants and storage facilities. Open path toxic gas detectors help to mitigate that risk covering large areas where quick dilution of leaking gas can be a significant issue. 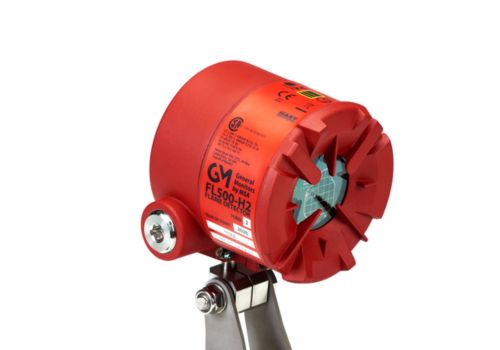 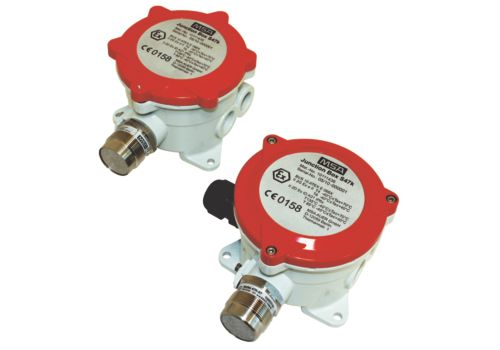 Product Details
Talk to an Expert

See at a glance how ammonia sensing technologies work for your safety.

Talk to an Expert

Need to find a gas detection solution for your ammonia application?

Fill out the form to talk to our FGFD experts about your requirements.

Thank you for your interest! MSA will be in touch.

Stay informed about our latest product and technology developments

MSA's network of distributors can help find the right product for you.

Receive news and updates about our company, product range, safety solutions and services. Don't miss out!